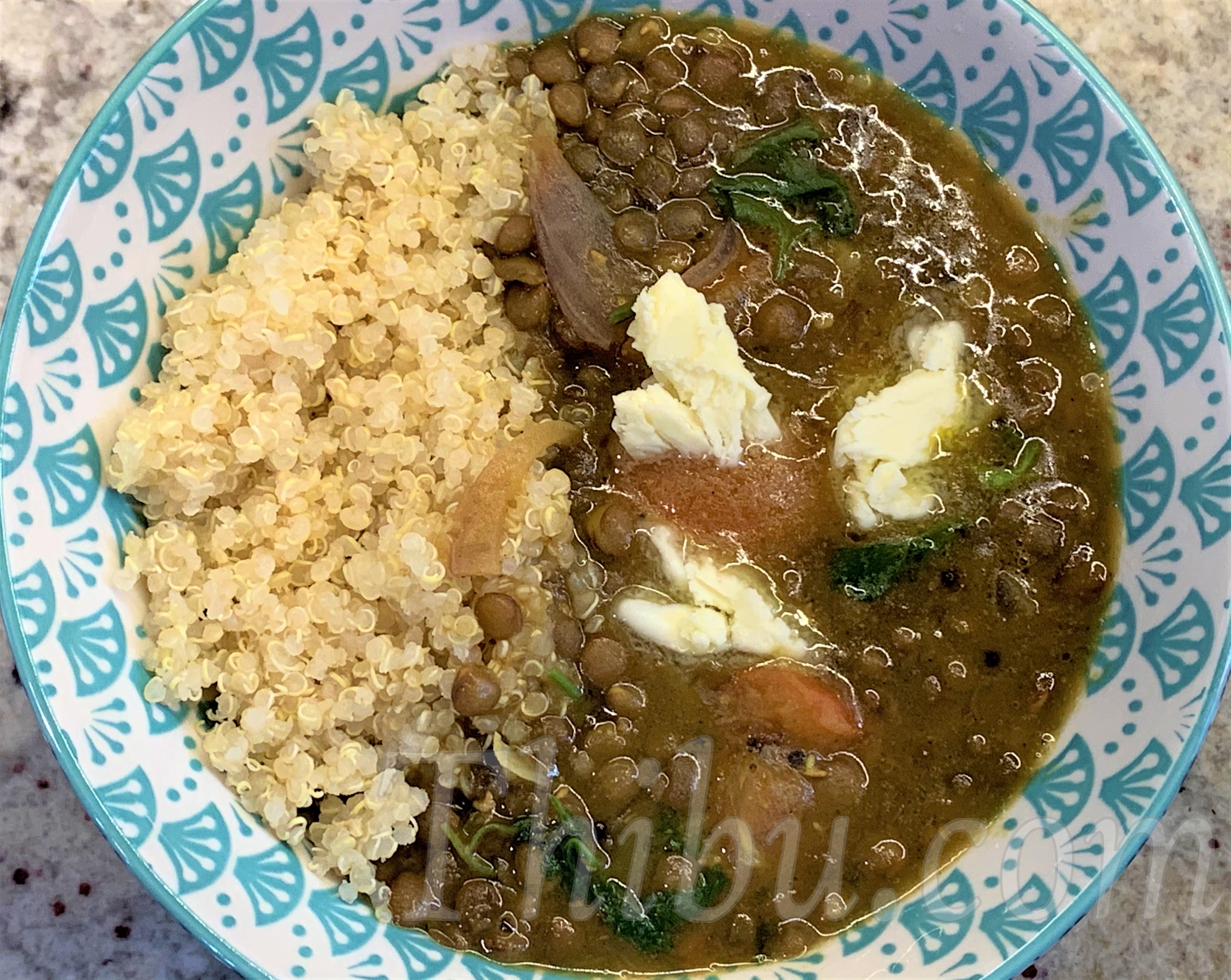 I’ve been told that I dont make dal often enough! It really is a hearty dal/lentil dish. Very nutritious, easy one pot dish. Mixed with rice or quinoa, and topped with some ghee or butter, yumm!!